Brazil is the largest country in Latin America and the world's fifth largest nation by area. Its official language is Portuguese and its capital city is Brasília. São Paulo, the capital city of the state of São Paulo, is the most populous Brazilian city. As a whole, the country has 204,450,649 inhabitants with around 23 inhabitants by square kilometer.

Brazilian people are often regarded as happy, affable, warm, and diverse, and country is often remembered in the international community by the reputation of its traditional parties, like Carnival, and its population's worship for soccer.

Its continental size makes it a remarkable giant in the southern hemisphere. Some will even say it is blessed by nature due to its warm temperatures and its many ecosystems. Go to the South and be amazed by the tall and impressive Araucaria pine forests. Spend some time in the Northeast and feel the soft breeze that runs around its long and gorgeous shoreline. Make a stop in the North and experience the dense Amazon tropical rain forest. Thanks to its diversified environment, Brazil is home to many good quality agricultural resources, such as coffee, soybeans, wheat, corn, cocoa, citrus, rice, beef, and sugarcane, a product for which it is known worldwide due its global leadership in that particular business.

In addition to its fertile types of soil benefiting its agricultural industry, the country is endowed with a huge hydrographic net, the world's largest, with around 55,457 square kilometers, which explains Brazil's great advantage for renewable energy production. Hydropower is, therefore, the primary source of power generation in the country. 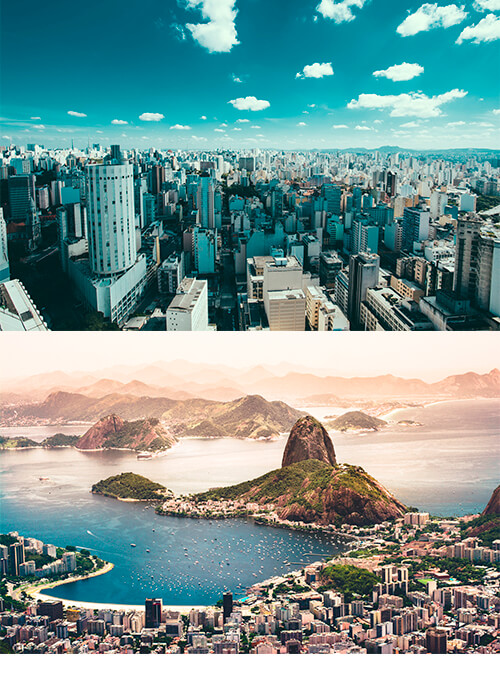 Why should you invest in Brazil?

Why should you choose Brazil? - Culture

Why should you choose Brazil? - Politics